FREE Shipping to the lower 48 states

Quantity must be 1 or more

the amazing ability to accelerate from 0 to the max speed – in just seconds. Best of all, these vintage electric bikes also feature prices that are as exhilarating as their best-in-class safe riding experience. With the best W-Class electric beach

cruiser bicycle, cruising on the beach will never be the same again. 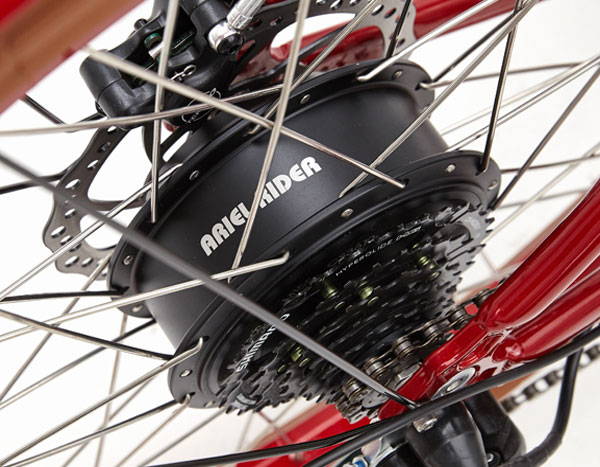 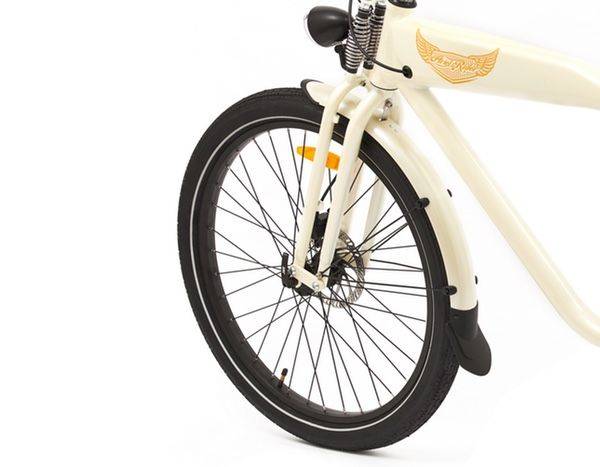 Since our beginnings, we’ve changed pretty much everything, but we kept one design feature same, our signature springer fork. 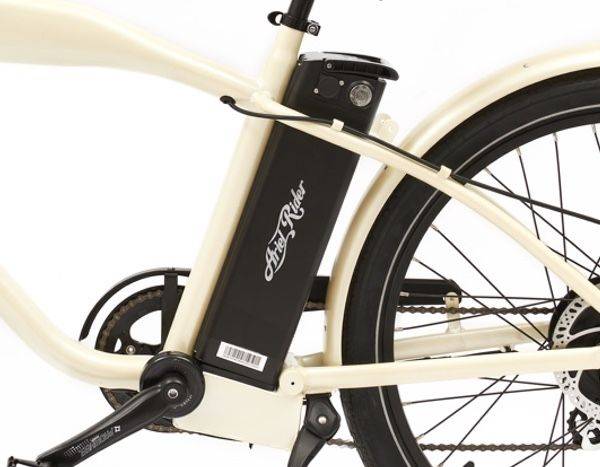 We use the best cell in our flagship model which is Panasonic. You can enjoy the leading battery technology which Tesla riders are enjoying. 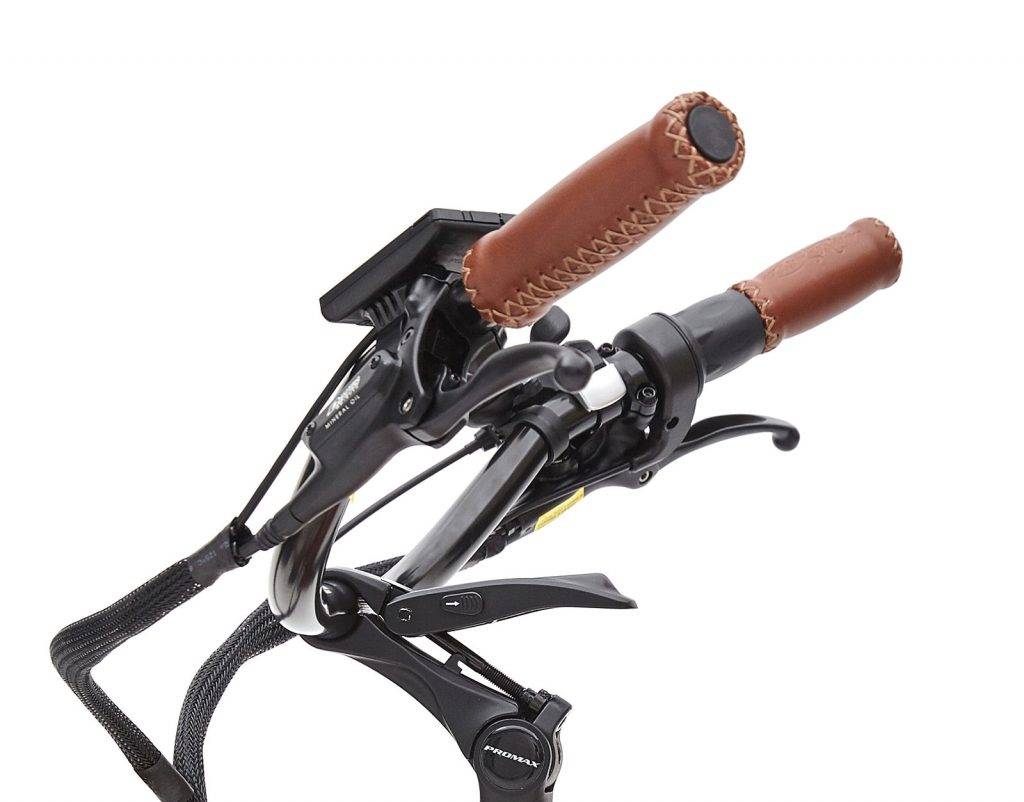 On Premium version electric beach cruiser bike, we offer 48V 18ah battery as standard. We use the best cell in our flagship model which is Panasonic. You can enjoy the leading battery technology which Tesla riders are enjoying.

A battery with such capacity and technology let you have an amazing range where you will need to charge your battery less than others. A full charge will be enough for you for a couple of days of commuting.

750W has an astonishing max speed and incredible acceleration capabilities -all thanks to highest in class torque(70Nm), you’ll never need your car ever again. This motor is equipped with a twist-throttle on the right side of your handlebar, and an additional Pedal Assist System. So you can enjoy riding an electric cruiser bike with Pedal Assist Mode, while cruising at high speeds without breaking a sweat, or you can just use it as a traditional motorcycle without pedaling.

Be seen and be able to see in any road conditions. Our Spanninga LED headlights are integrated to the electric bike’s main battery supply.

Safety is a major concern for us. That’s why all W-Class Electric bikes are equipped with LED rear lights, which are also functioning as brake lights, just as in your car.

Both brake levers automatically cut off the motor power when they are applied to keep you safe in even the most surprising situations.

The Ariel Rider Electric Bikes’ LCD display provides riders with all the information they need during a ride.
Allows customization of many different specs, including speed limit.
It’s securely mounted directly to the handlebars and the display angle can be adjusted to accommodate different sized riders. 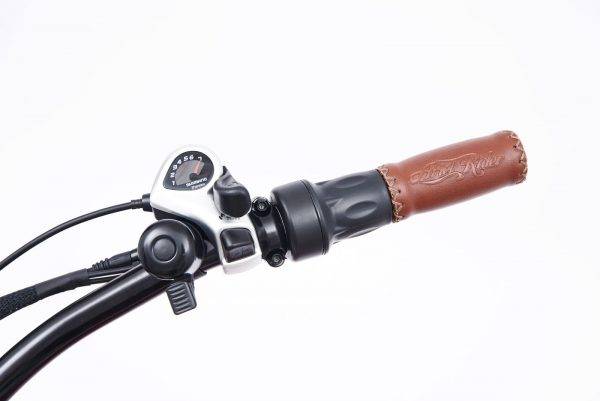 Large speed display (can change between mph and kmh)

Never run out of battery unexpectedly.

Pick from 0 to 6, whichever PAS level suits you best.

Always fulfilling to see how many miles you ditched your car.

While we don’t fully recommend electric bike riders to lift up the speed limiter on their electric bikes, we also support adventures of any kind with good safety measures.

And this feature isn’t only for adrenaline junkies! We have lots of clients who actually lower the speed limit to make sure their loved ones can’t ride the electric bikes too fast.

We’ve programmed our ebikes in a way that every possible electronic malfunction (including an unplugged cable) has a specific error code on the screen. So when in the unlikely event of something going wrong, you’ll know exactly which part of your electric bike to look at! 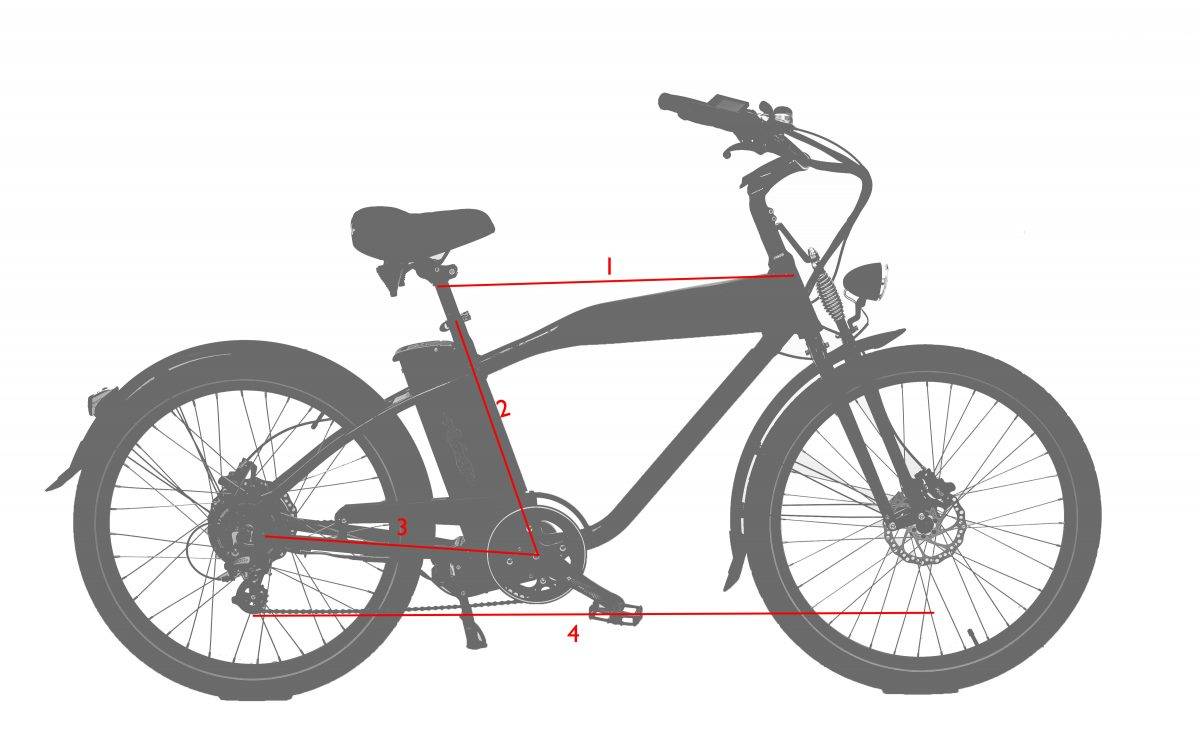 Great bike. I took it to my bike shop to make sure everything was put together properly. They had never heard of the brand but were very impressed with it. I would highly recommend it for anyone considering purchasing an e-bike.

Very well built bike. Took a few rides to work out the normal kinks of a new bike, what a blast this is to ride.

I had my bike for some months now, and have ridden it about 170 miles. I really love the bike, but there are some issue.

First, I would not plan on assembling this bike unless you are a real bike gear-head. I bought two of them and had all kinds of issues with assembly. I contacted Ariel and they were very prompt in their replies, but even after their advice there were too many issues with assembly for me to get it done--and there were different issues with each bike. No way, no how should you plan on the 15 minute assembly that they tout on their website. I ultimately had a mobile bike mechanic come to my house and he took about an hour to assemble each bike. Once assembled, the bikes work great.

The power assist, as advertised, has a maximum speed of about 20 MPH, but I have found that it is best for starting off, when it gives you a lot of power, and going up hills, where it provides a lot of assist. On a slight incline I have found that it kicks in when I am at 14 MPH or under, and boosts me up to about 16MPH, when it turns off. It does not keep you going at 20 MPH, although on rare occasions (which I can't figure out) it boosts me up to 19 or so MPH. The throttle helps sometimes when the bike does not seem to want to assist, but you should not plan on any assist when you are going 15MPH or above, even with the throttle (although sometimes it works at those speeds, just rarely).

The fit, finish, and parts are appropriate for the price of the bikes. I also own a Raleigh electric mountain bike, which cost more than double the price of this bike, and the difference in parts and fit is noticeable, but that is not a surprise, as it is much more expensive bike.

The battery is a beast. I have ridden 37 miles and have not come close to using half of the battery. I believe them when they say it can take you 80 miles.

Hi Folks,
I recently purchased a W class bike from Ariel Rider Ebikes. I love it but it isn't perfect. Some shipping issues may have caused the front rim to be warped slightly, causing the tire to rub on the fender each rotation. A quick visit to a local bike shop and a simple adjustment took care of the problem. Arda (the Ariel Rider owner(?)), has worked with me and been extremely helpful. Arda stated that he will reimburse me for my out of pocket expense which is truly excellent customer service. The only other issue I have had thus far (in 35 miles of riding) is that the electronics shut off or lock up occasionally on particularly rough pavement. If I stop riding, then re power up the system (sort of like rebooting a computer), it works great. It's kind of an inconvenience, but by no means a deal breaker. I would highly recommend this product to anyone interested and I believe it to be an excellent value. Having Arda listen to and respond to your needs is a real plus. One other thought to add. I recently purchased a C class for my wife. To me, the C class is the more comfortable choice on the terrible pavement we have here in parts of Sonoma County, CA. 4 and a half stars for the W class. I love the looks and the color! Just buy an Ariel Rider Ebike. You won't be disappointed.

Love it. Very smooth and easy to use. My wife is very impressed to0

Each component of the W-750 Premium was hand selected by us. We’re passionate about electric bikes who actually ride electric bikes in our daily commutes for years now. So we are experienced ebike enthusiasts who understand the expectations and real-world problems electric bike riders face in daily life. We’re proud to ride this fully featured electric beach cruiser bike that is not only great looking but also affordable and has the latest technology available in the market.