How loud are e-bikes? Do e-bikes make noise?

FREE SHIPPING ON ALL DOMESTIC EBIKE ORDERS TO LOWER 48 STATES

How loud are e-bikes? Do
e-bikes make noise?

E-bikes contribute to improving our lives in so many ways: they help in reducing pollution caused by the traffic, ease the traffic congestion by offering an alternative to public transport and private cars, and make a fun, economical and pleasurable way to keep our bodies active. They look so convenient yet they can still get us wondering if there are any minuses of riding them, arousing questions such as “are e-bikes loud?” In this article we tried to enlighten you about the question of “do e-bikes make noise?”
When it comes to the sound of an e-bike, it might be the noise that is coming from two sources: the first is the electric motor that gives the rider the electric assistance and the second is the sound of tires rolling on the surface. As you can imagine, the sound coming from the tires hitting the road is not very different from the one in the conventional bicycle. On the other hand, the sound coming from the motor is actually a combination of two different noises: the mechanical noise that the bearings make against the axle and the ‘coil noise’ caused by the changes in the magnetic field, which is only heard as a whine. When combined, the sound coming from an e-bike motor may remind you as an urban trolley gaining speed just after a stop.
Started to get a better picture about the sound of e-bikes? Below are a little more details to clearly explain the noise of e-bikes and how much and what kind of noise is normal for an e-bike.
termines the number of hours you can ride. The range is also affected a lot by environmental factors. You’ll learn more about it as you continue reading.

Where does the sound come from in e-bikes?

Day by day, the latest improvements in technology helps in building stronger yet quieter motors. This is important as the main cause of the sound of an e-bike is the motor. Let’s handle the sound of e-bikes according to the motor types adapted: direct-drive, gear hub, and mid-drive.

Direct-drive motors are the fastest yet the biggest and heaviest motors. Therefore you would expect more noise than other motors, since direct-drive motors as the outer shell is spinned as you turn the pedals or twist the throttle. This condition of making more noise applies especially on the e-bikes which adapts the motors on the front wheel, as the motor vibrates the front fork as well. But if you install the motor in the rear wheel you can reduce the noise caused by the vibration. Actually, in general, the e-bikes which adapts the motor on the rear wheel make less noise than the ones which have the motor on the front. 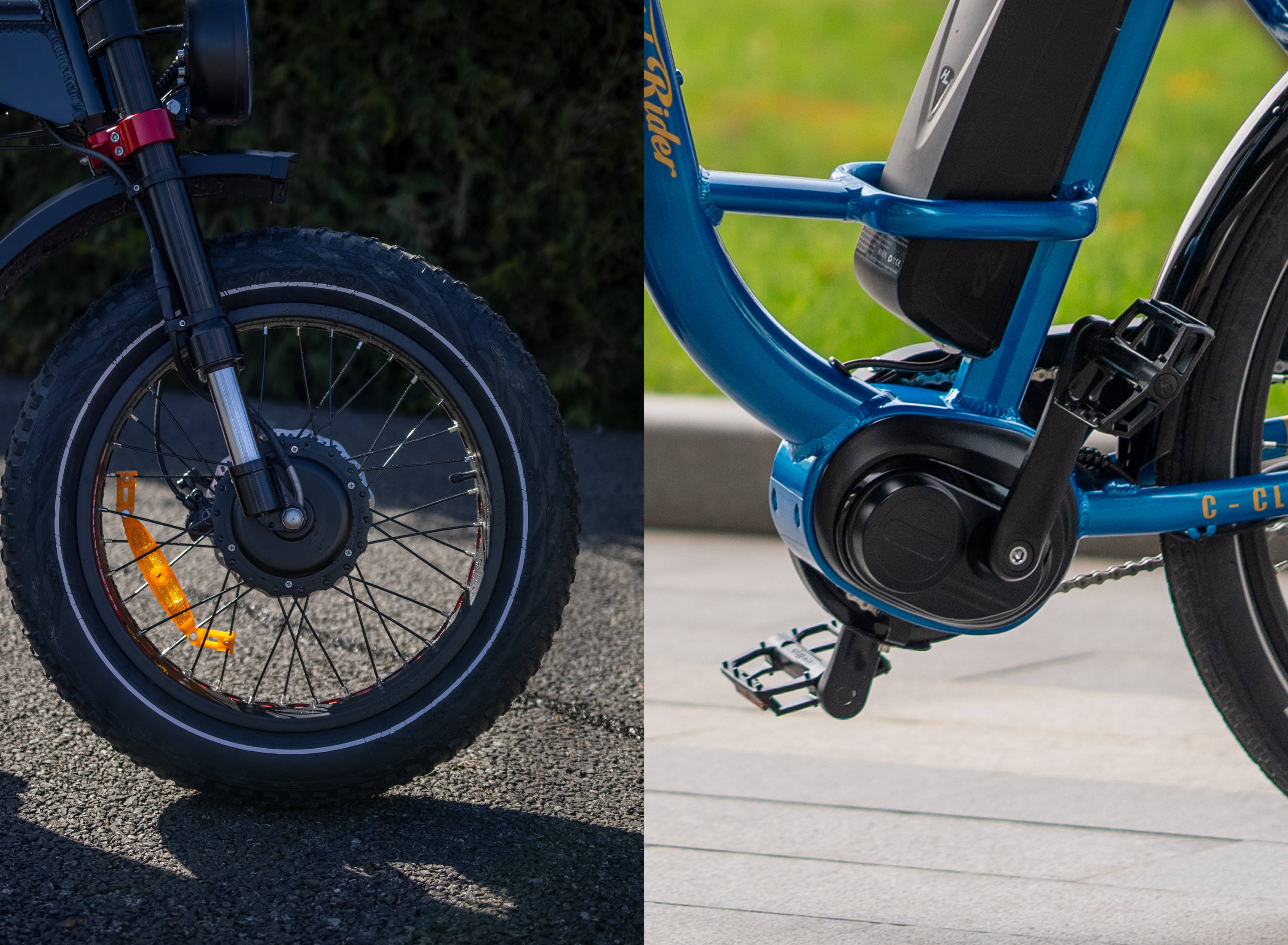 Compared to direct-drives, gear hub e-bike motors are not that big and are also more effective. The coils inside the motor spins more rapidly than the wheel to generate power, therefore gaining the e-bike speed. This makes gear hub motors give the rider the closest experience to riding a traditional bicycle.
The acceleration sound coming from gear hub motors is similar to the urban trolleys mentioned at the beginning of this article, except it is much quieter. During your daily commute you might not even be able to hear the sound because of the noise of the crowd. 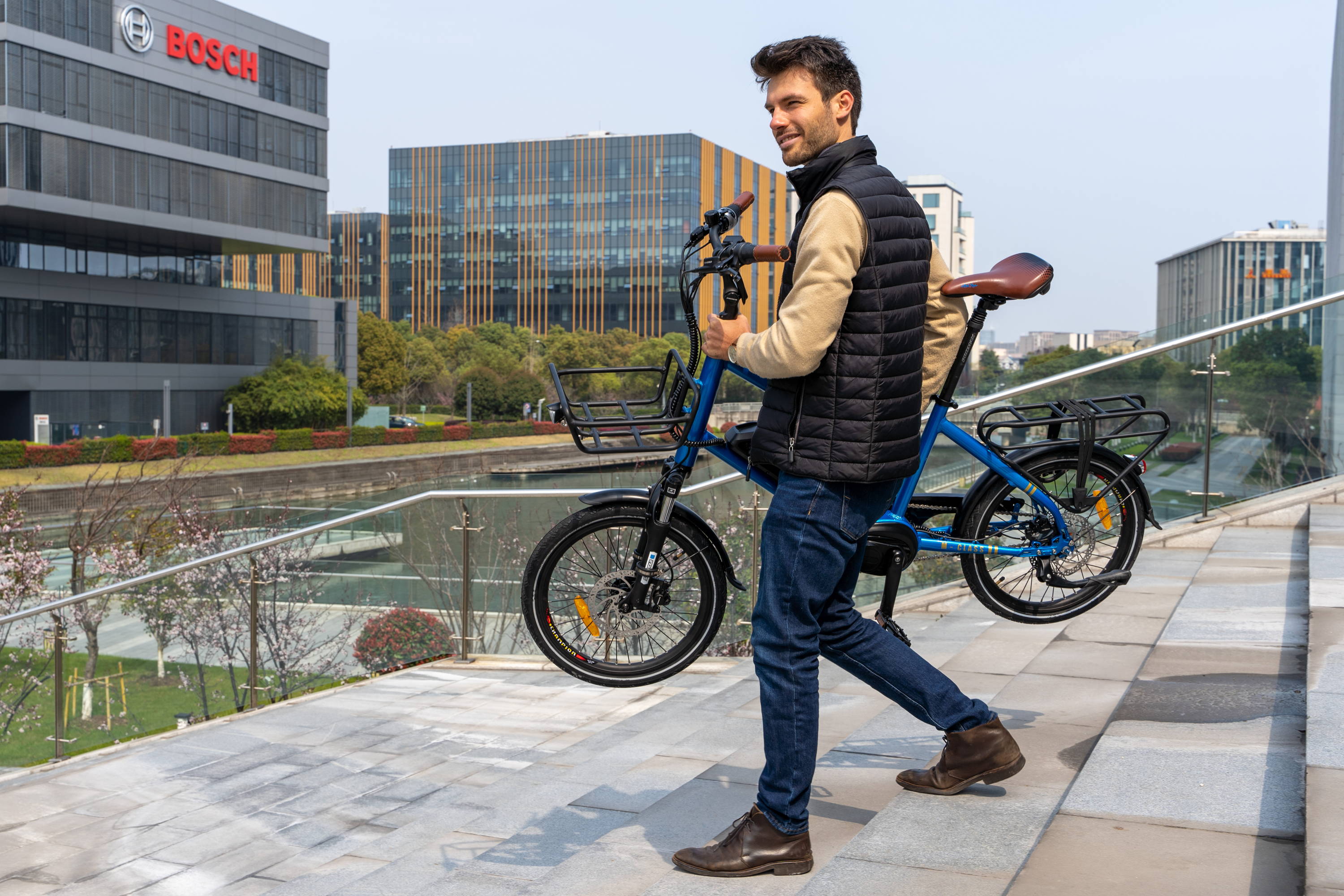 Although being more difficult to mount to the e-bike compared to the options above, mid-drive e-bike motors are favored as they provide the closest experience to a natural ride. Their central location to the e-bike supports the natural feeling during the stops and starts, since the center of gravity remains as usual.
When it comes to the noise mid-drive e-bikes produce, it can be stated that they produce almost similar level of noise as the gear hub e-bikes. 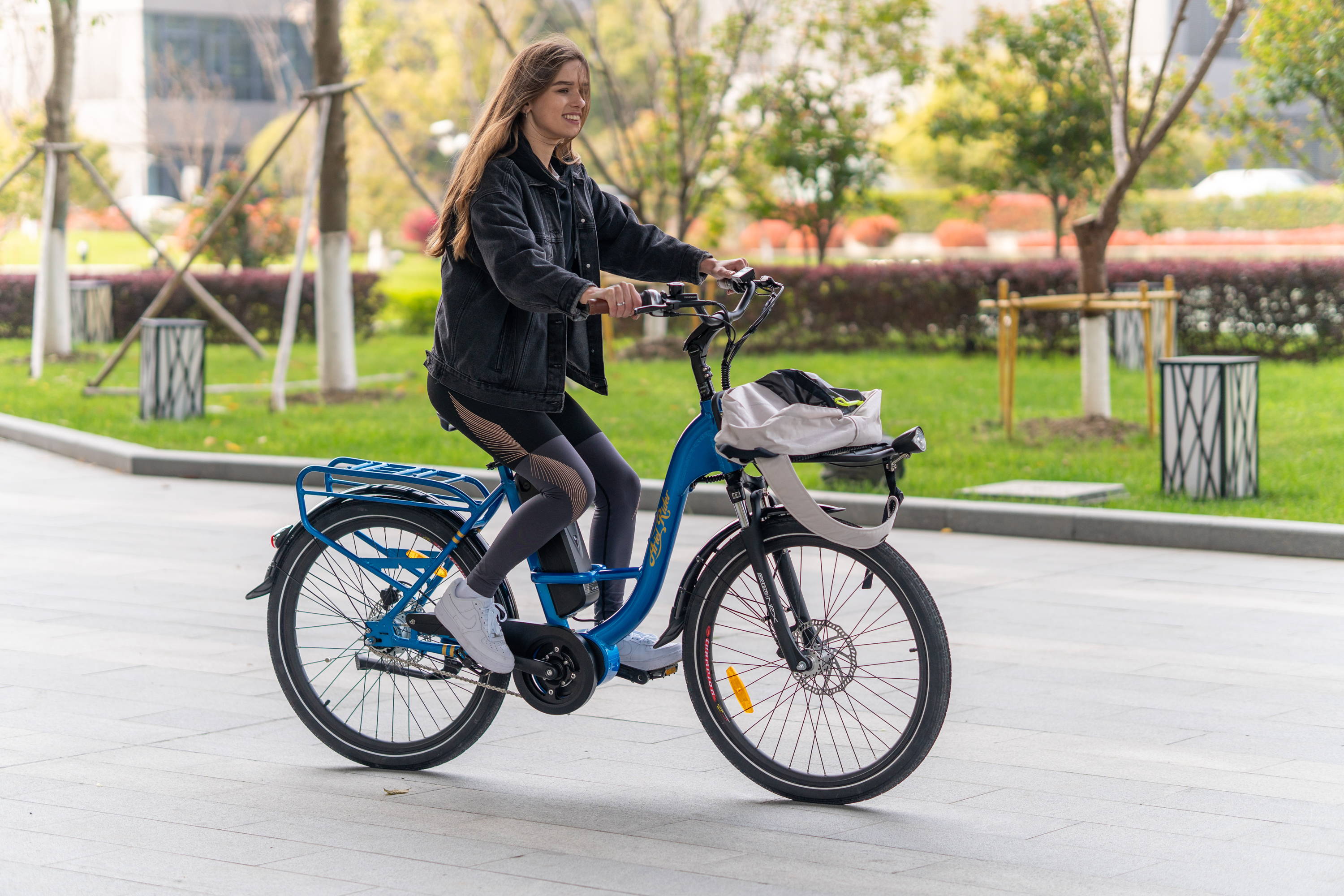 As mentioned in the beginning of this article, the sound of e-bike tires hitting the road is no different than the tires of any conventional bicycle. This sound is produced by the traction of tires, cruising over the terrain!
The sound of e-bike tires may depend on what type of surface you are riding on, and the size of the tires of your e-bike. For example, if you’re riding an e-MTB (electric mountain bike) adapting tires built for mountain rides, it is possible that the sound you will hear will be on a certain level. On the other hand, you will just hear a slight, pleasant sound from tires while you’re riding on the asphalt with a city e-bike, which makes use of thinner tires. 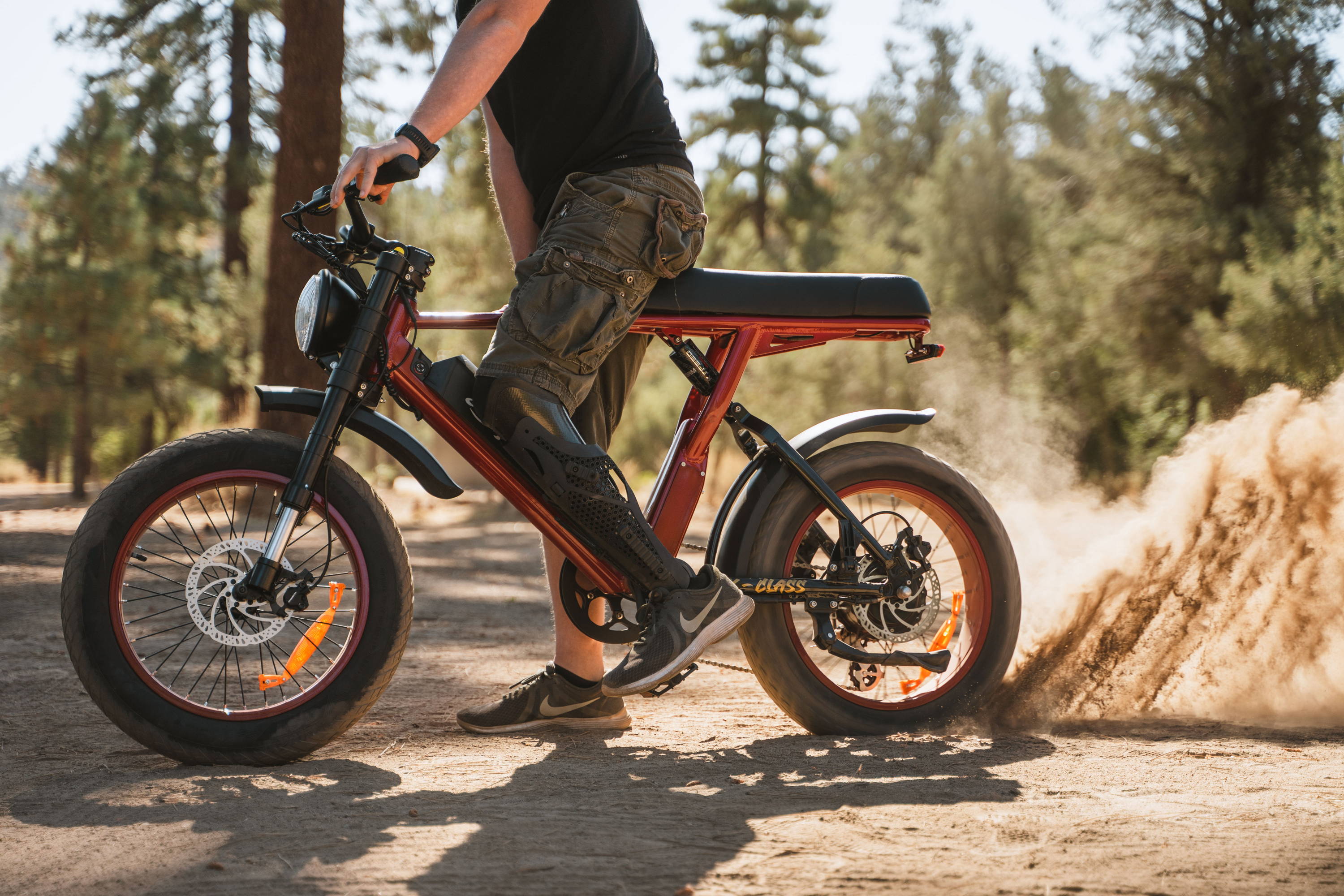 How to reduce the noise of an e-bike?

If you think that you might feel any discomfort because of the noise of your e-bike, it is best to have a test ride period to buy your e-bike (hearing what your e-bike will sound like would be one of the million advantages of a test ride).
But as you will notice while riding, e-bikes don’t really make any noise to a level which might be considered important. It is more possible that you will hear the wind than the motor or the tires. 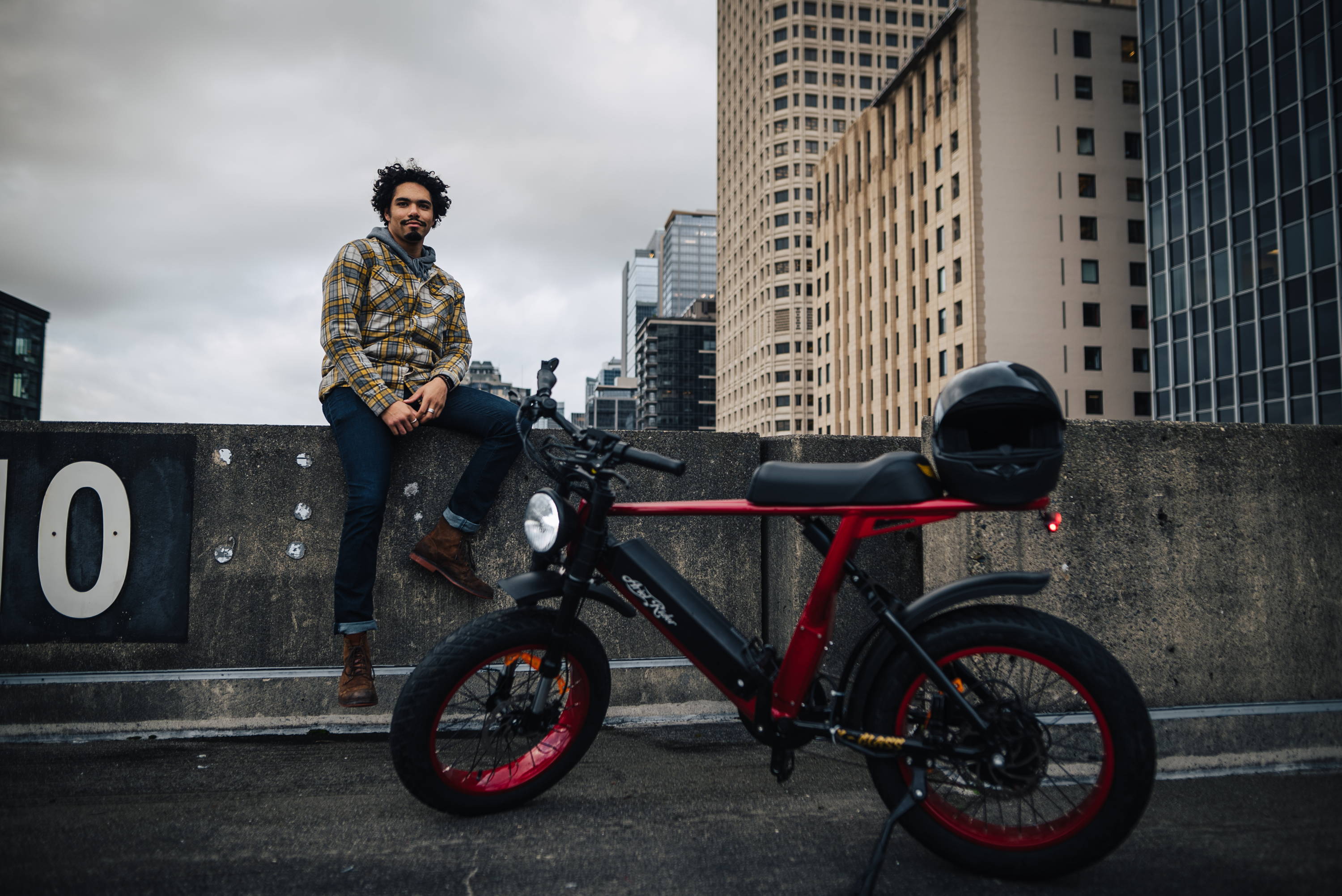 If you think that your e-bike is making more noise than it should, just check if every part of your e-bike is seated well and tight. If there are any moving components, tighten or lubricate them as required. It is more likely that your e-bike may sound louder if it is a converted one from a conventional one via a conversion kit. But it’s under your control and all about the maintenance. 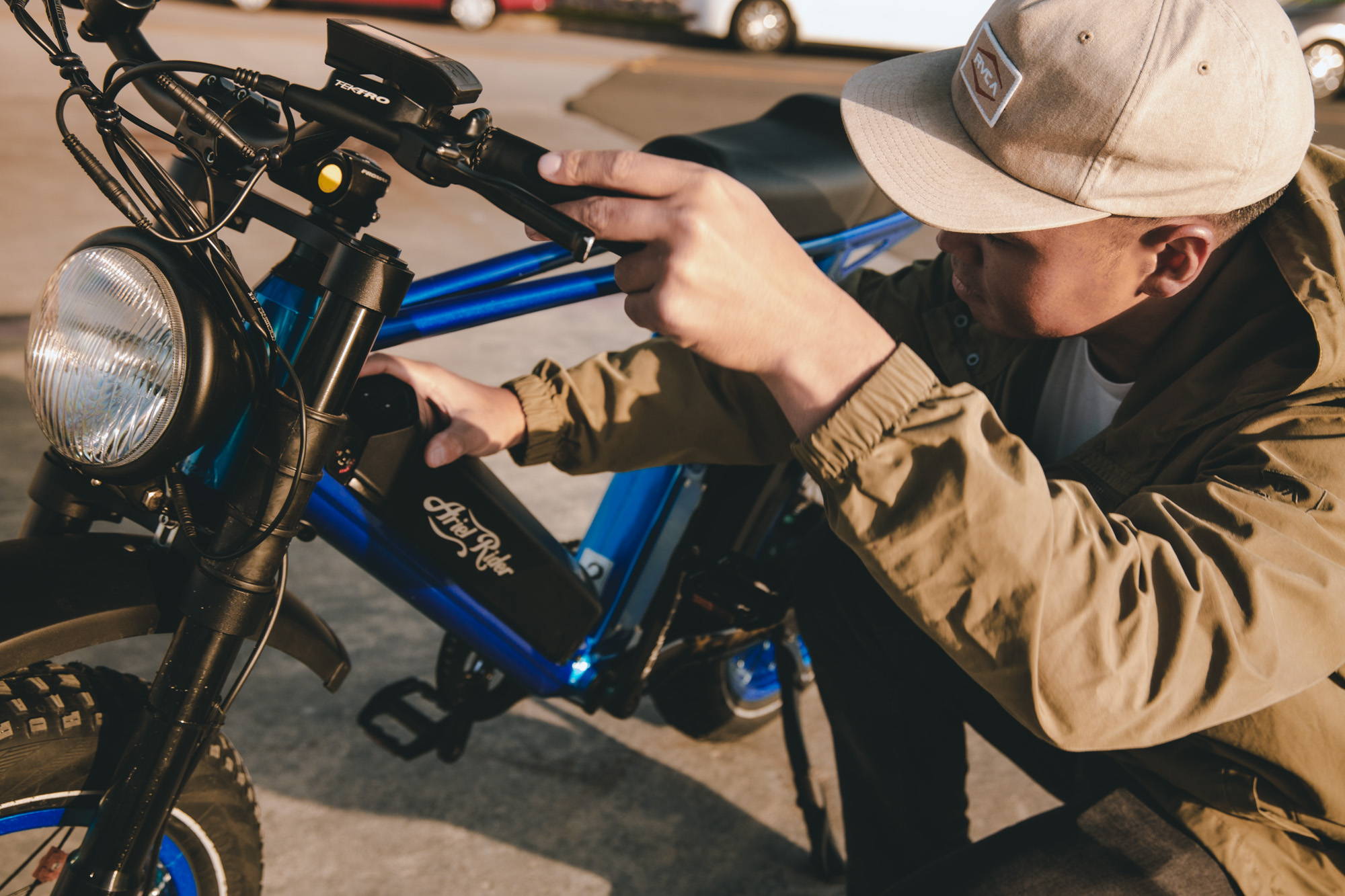